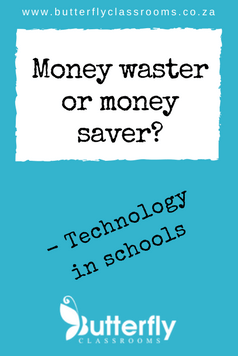 This week we have a bonus post, thanks to The Guardian’s #techinschool seminar. As you know, I no longer domicile in the Queen’s country, so there was no possibility of attending the seminar, but thanks to Twitter I was able to follow the salient points, and I wanted to share them with you. In this post I am just going to collate the main points made by the panellists, at a later stage I will add my thoughts on Edtech.

But before we look at what was said, let me introduce the panellists.

In order to make it easier to follow the seminar, I will not be embedding the tweets. However you can find them at #techinschools or by following @GuardianTeach

What is on the horizon for Edtech?

Virtual Reality (VR) has a big role to play, to take children where they wouldn’t otherwise be able to go – Galloway

VR can already be used to teach subjects like Physics, but VR isn’t suitable to every topic – Clark

VR can be hard to get your head around. But once you have seen it in practice it is easier – Mann

If technology was free nobody would question the procurement, but now teachers need to proof need and impact to governors – Khalid

We can’t just be playing around with this – Clark

Start on a small scale, if it work you can expand – Mann

But then you have to give it to the cynic, they are less likely to fall for a cool gadget – Galloway

Problem is most decisions is based on anecdotal evidence. A good or bad teacher can make all the difference. Schools need to find proper research – Clark

It is hard to set up a control group in a school. Which is the better teacher, resources? Lots of variables – Galloway

The idea that every child have a smart phone with them is causing lots of nervousness. It has the potential to be used in the wrong way – Galloway

I don’t believe that tablets are useful in the classroom, however they can be outside the class – Clark

I don’t think it should be Yes or No to technology. It is all about finding the right tool for each learning activity.

You need to ask yourself what is the problem you are trying to solve, and find the technology that fits with the pedagogy – Khalid

Education is risky anyway, introducing something new can be invigorating – Galloway

Somebody always have to be first. Somebody had to trial the things we now know work well – Galloway

What so people mean by 21st century skills? Do they think that jobs that exist now will just disappear? – Khalid

It would be ludicrous to completely ignore technology in schools – Clark

We do not need to teach every child coding, that is faddish not strategic – Clark

If some teachers are enthusiastic, we should use them to build expertise – Mann

And to close it all off