Station-Rotation model – Tips and tricks from the maths class

I have written about the Station-Rotation model before since it is such a great method to make sure that every learner is actively engaged in learning.

The basic idea behind the station rotation model is that you create 4 – 5 different tasks or stations. You divide the class into groups, and the groups rotate between the stations at a given time interval.

But station-rotation is a very flexible concept that can easily be adapted to your content and the aim of the lesson. Last week I created a variation on the theme for my Grade 11 Maths lesson on the nature of roots. 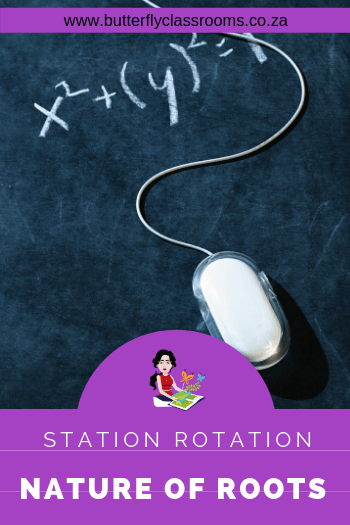 This was the second lesson we spend on the nature of the roots, so the learners were already familiar with the concept and have practised routine problems for homework. The second lesson aimed to work on some complex problems, but mostly to create a deeper understanding of the concepts by problem-solving.

This section of the work is often underestimated since the content is relatively straightforward, but the applications can be very complicated. A couple of year’s ago I created a set of complex problems to deepen their understanding.

The first year I gave it to them as individual work. But I soon realised that the learners were overwhelmed by the complexity and had no method or memory scheme that they could fall back on. Hence the majority did not even try it and those that attempt the problems was so far on the wrong track that little learning took place.

The next year we did it as a whole class activity – but this was also not successful either. The complexity meant that learners sat back and waited for me to do the work and they just copied the correct methods down. They walked out of the class with 5 model answers in their books but still have not incorporated a new approach into their long term memory to use themselves.

This year I decided to use the station-rotation model to build a bridge between what the learners were able to do and what I wanted them to do.

What is the Station-Rotation model?

My take on the Station-Rotation model

This lesson was the last lesson on Friday; I knew that a whole class activity was dead in the water. I wanted learners to be actively involved in the learning process and walk out of there with a feeling that they accomplished something. So I decided to do a Station-Rotation with a twist.

To suit my purpose, I made two changes to the standard Station-Rotation model. Instead of having five different tasks, I used five different problems. And at each station, they had to solve that problem. I also did not want five fixed groups, because that often leads to one person taking on the role of “teacher” and the rest of the group going along for the ride. Instead of dividing them into five groups I created a different “route” for each learner. So every time they move to a new station, a new group is formed. Each member in the group will bring something different to the group, depending on the problems that they have already come across in the previous rounds. This meant that everybody got the chance to be the “expert” on something.

I was a little weary beforehand that the different routes would not work, but the learners caught on to it very quickly and by the end of the second round they hardly needed any prompting when it came to swopping stations.

One of my problems with asynchronous & independent work is that I often feel that the work is not consolidated well. Even though I go around the groups to ask questions and give guidance, I still think that the learners leave the lesson unsure whether they are on the right track. I wanted to combine the stations with some individual work since being able to do something in a group context also does not necessarily mean they can do it by themselves.

To achieve this aim I gave learners a homework task that consisted of 5 problems. They did not know this at the time but of the five homework problems I took three directly from the stations and 2 was similar but unseen problems. This way the station-rotation activity formed the bridge between where they were and where I wanted them to be. We concluded this topic by working through these problems in the next lesson. 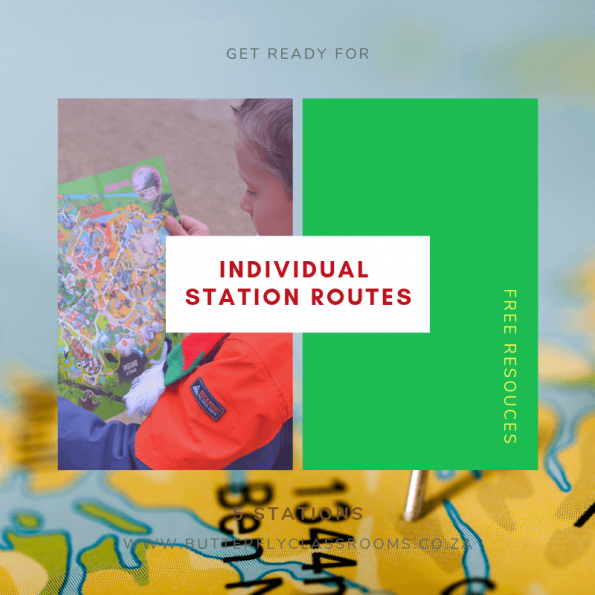 Download individual routes for 27 learners from our Resource Library.

You can also download the 5 tasks I used for my stations from the Resource Library. 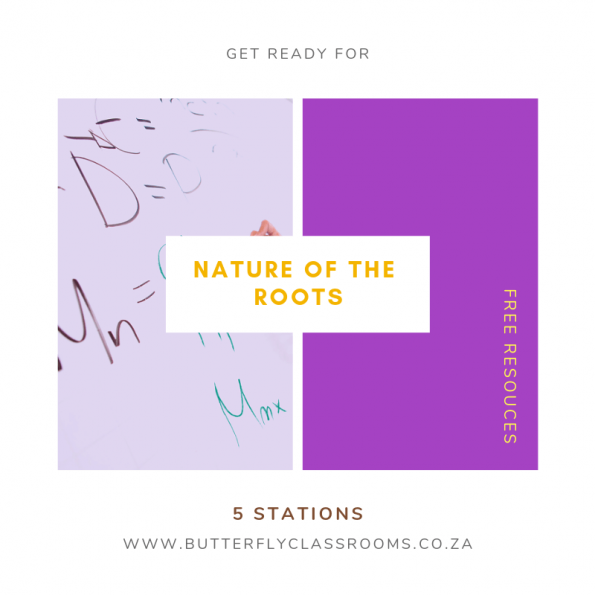 Tips from this math station-rotation

This was the third year I used this set of problems, and it was the first time that I felt learners left the class with a deeper understanding of the concept and a better ability to solve complex problems on their own.

But like all classroom activities, there are some positives I will take from this activity and use again, but there are also some things I would change. The most significant change would be that next year I would expect even more from the learners.

I was scared that the individual routes would cause chaos, but in the end, it really achieved what I set out to do. I loved the new dynamics that had to form at each station.
In hindsight, I felt that the problems I gave them were too similar. I could have achieved even more by approaching the topic from different angles.

Next year I will definitely be using this Station-Rotation activity again. Have you had any success with using Station-Rotation? Share your experiences in the comments below.

How to create custom Trig grids in Desmos